Should I invest in Carrefour? 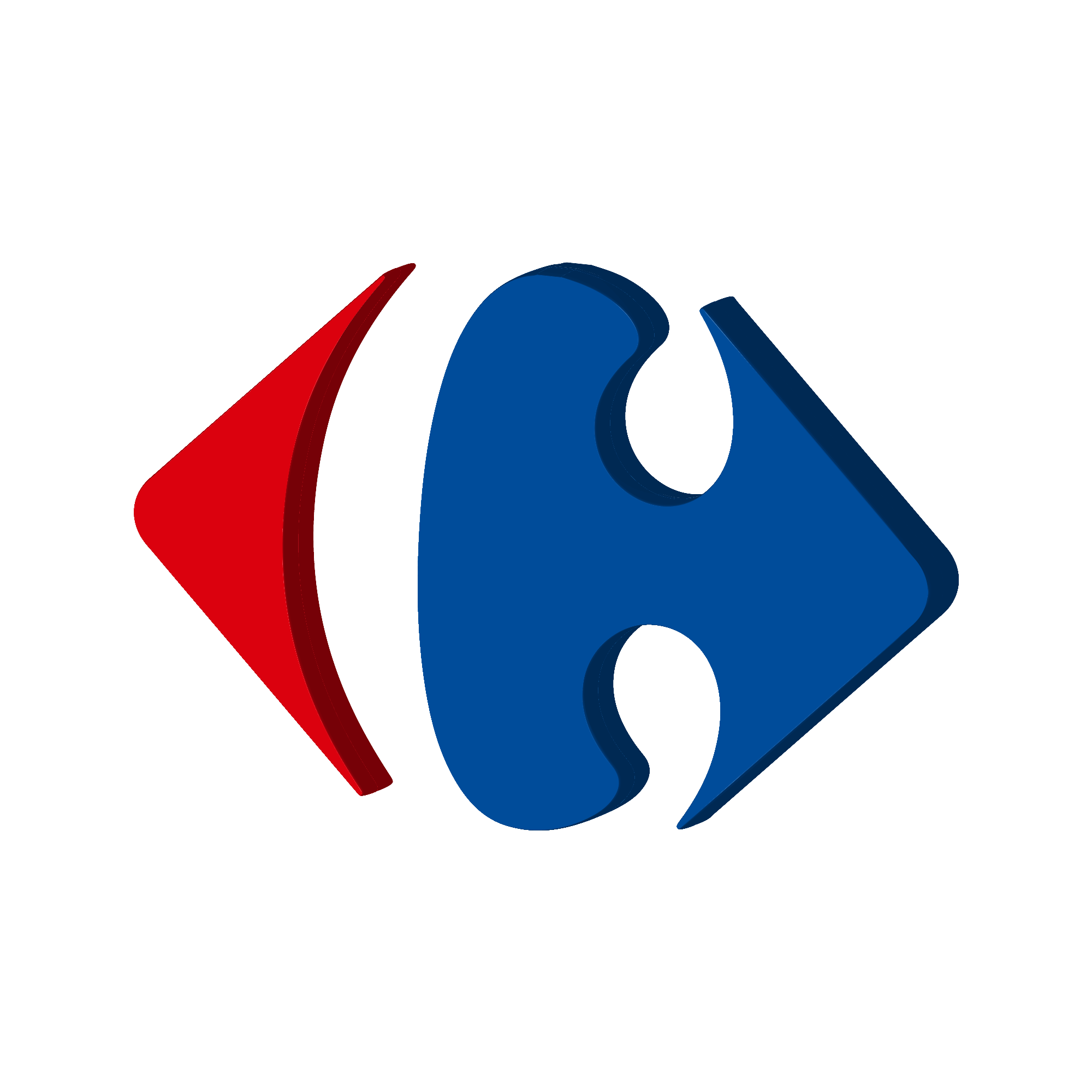 When you leave your home, what are the places you go to most often? Your favorite movie theater? Your local bar? Your place of work? We could probably add supermarkets to this list. After all, you have to buy food every day. But beyond just nourishment, you can usually buy the stuff you need to take care of yourself and your home. Basically, all the products you need on a daily basis.

The Carrefour group is one of the most important retailers in France. Over the last few years, the hypermarket and supermarket chain has expanded internationally, more or less successfully. But, at a time of changing consumption patterns, and the arrival of new players in the retail sector such as Gorillas or Flink, is it still interesting to invest in Carrefour?

If you had invested in Carrefour at the beginning of 2010, you would not have made a good deal. 1,000 euros invested in the company at that time would be worth almost half as much today, around 560 euros. This evolution is the opposite of the French reference index, the CAC 40, which has increased by 66% over the same period. Over this period, Carrefour has performed less well than all the largest French companies listed on the stock exchange. The same is true over the last year, since the share price of the giant retailer has increased by 13% compared to 40% for the whole CAC 40. 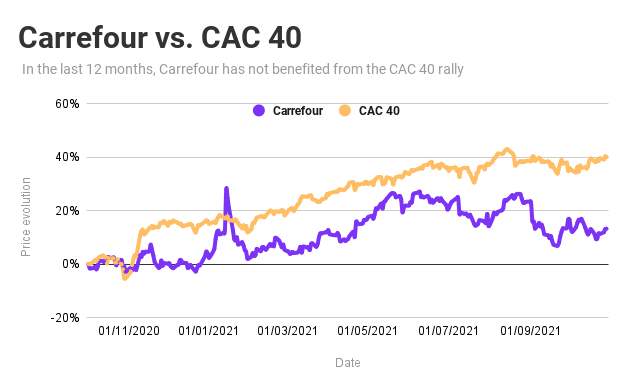 Of course, these results do not take into account the dividends that Carrefour pays out to its shareholders and are a rough estimate of the money that shareholders make or lose when they invest in the company.

Do these mixed results on the stock market mean that Carrefour is a company in trouble? To find out, let's take a look at the retailer’s earnings report.

How do you calculate a retailer’s performance?

Before we dive into Carrefour's books, let's take a moment to explain one of the most important metrics when it comes to mass retailing: like-for-like growth (or LFL). To put it simply, this indicator allows you to measure the evolution of a company's sales from one period to another, taking into account only the sales made in stores that were open during the reference period.

Practically speaking, imagine that you are the head of a chain of stores and have 100 stores in France. You had a good year and bought out one of your competitors who had 25 stores in France. You now have 125 stores. To calculate your like-for-like growth from one year to the next, you will only take into account the sales made in the 100 stores you already owned, excluding the 25 you acquired. This metric gives investors a clearer picture of the company's real performance, excluding external growth.

The LFL is especially interesting in the case of Carrefour, as it allows you to refine your analysis of the company's last quarter. Based solely on the evolution of the retailer's sales, you can see that they have grown by 4% between the third quarter of 2020 and the same period in 2021. But if we stick to LFL growth, then they only grew by 0.8% between Q3 2020 and 2021. Carrefour's growth is actually driven by its expansion policy (+1.7%) and fuel sales (+2%).

Carrefour operates in nine countries with stores in France (49% of the group's sales), in other European countries (Spain, Italy, Belgium, Poland and Romania and 28% of sales), in South America (Brazil and Argentina and 19.5% of sales) and in Asia (Taiwan), where Carrefour generates 3.5% of its total sales. 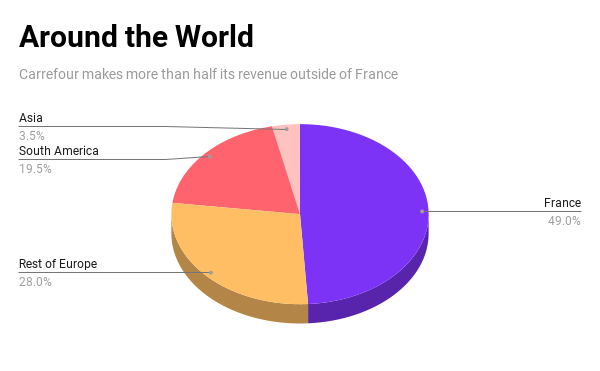 Again, if you look only at the company's overall sales trend, sales are increasing on all continents. However, if you focus on the company's like-for-like growth, Carrefour's sales only increased in South America, where they grew by 7.3%, while they fell in the group's other areas of activity (-0.3% in France, -1.2% in other European countries and -5.2% in Taiwan). This is largely explained by the Covid-19 pandemic, which had a strong impact on the group.

What is the future for Carrefour?

How can Carrefour recover from this bad run and face the challenges ahead? A first lead may come from the increase in the group's online sales. These have increased by 19% in the food sector between Q3 2020 and 2021 and even by 100% between 2019 and 2021.

Cost reduction is one of the group's priorities. One of the main thrusts of Carrefour's current strategy is to divest more and more of its stores, either by selling them or franchising them, mainly in Europe. In the third quarter of 2021, the group sold seven of its Spanish hypermarkets for 93 million euros. In Italy, the group has franchised more than 50 stores since the beginning of the year, while it sold 10 hypermarkets and 44 supermarkets in France. This trend is set to continue in 2022, as Carrefour has already announced that it will franchise several of its stores in Europe.

Finally, Carrefour's future may involve a partnership with one of its competitors. During the year, several merger or sale attempts of Carrefour have failed. In January, the Canadian group Couche-Tard tried to acquire Carrefour, before the French government opposed it, citing a supposed risk to French "food sovereignty". In early October, a deal with French supermarket chain Auchan fell through due to a disagreement in the valuation of both companies.

The other giants of the retail sector covet Carrefour, and its shareholding structure could evolve in the months or years to come. Possible future takeover bids could mean a possible future bargain for Carrefour's current shareholders, whose shares would probably be bought back at a higher amount than what they would be worth at the time of the takeover. Actually, the majority of analysts currently give a buy rating to Carrefour's stock. Out of 19 analyses compiled by Market Screener, 15 consider the company's stock to be currently undervalued.

In the end, investing in Carrefour means considering whether the group will manage to recover from the Covid-19 pandemic, but also contemplating a future sale of the company to one of its competitors. The decision to invest, as always, is yours.