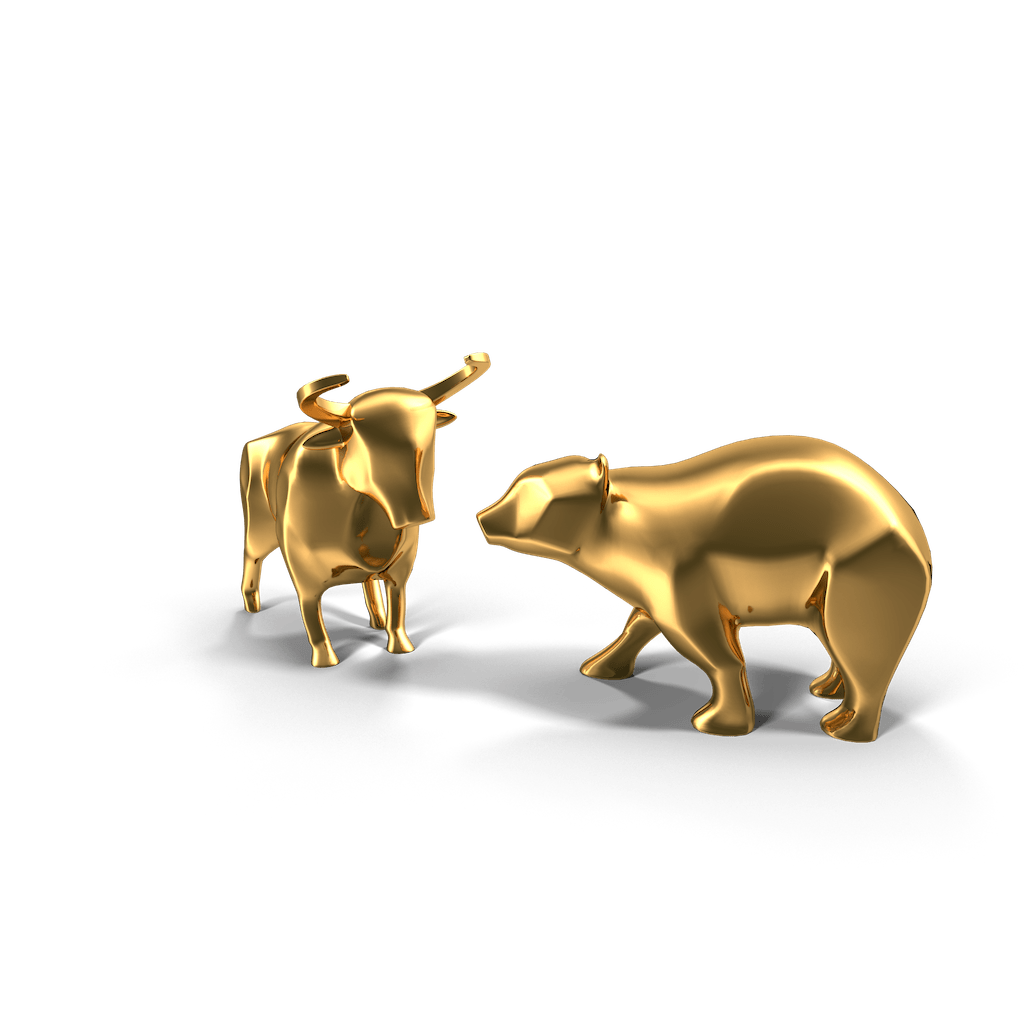 If you’ve ever been to Wall Street — the literal street in New York City, not the metaphor for the stock market, you’ve seen the large statue of a bull in front of it. Images of bulls seem to be all around the investing world. You’ve likely even heard of the term bull and bear. But what do they mean? It’s time to demystify the two animal mascots of the finance world.

The bull is a metaphor for a certain kind of investor, or investor behavior. Like an enraged bull, this investor only has their eyes on the prize: big profits. They see a stock rising and buy in, knowing with certainty in their hearts the stock is destined to rise. Bulls are greedy, and they fear nothing. They’ll spend their money, regardless of the risk, in pursuit of their goal.

Bears are the opposites of bulls: where the bulls see only obstacles to be smashed, bears are scared of every risk. All they want to do is take their profits and hibernate. As soon as there’s a sign of trouble, they’re selling everything they’ve invested and retreating to their cave. Bears known in their hearts that a rising stock is just a step away from crashing, and they want to get out before that happens. Bears are also greedy, but they fear everything. They’ll sell everything precisely because of the risk, because they don’t want to lose their precious money. When someone is bearish, they believe a stock is about to go down. How soon that happens depends on the bear, but generally they believe the best days are already behind them, or the peak is about to happen. When a stock is bearish, it means it’s going down with weak fundamentals. When a market or economy is bearish, it means stocks are going down while the economy is weakening. ‍

‍What’s better, being a bull or a bear?

‍The truth is, there’s a bit of the bull and the bear in all of us. We’ve all gotten hyped up by a rising stock, and we’ve all been scared of risk before. Experienced investors are careful to balance their inner bulls and bears, listening to both but making decisions based on reason rather than the emotional voices of either animal.

But at the end of the day, reason can’t always predict how a stock is going to move, so it will often fall to us to decide which animal to listen to. Remember that neither knows everything, but both have their wisdom.