Should I invest in eBay?

Are you more of a flea market person or do you go online to find your dream items? This may seem like a legitimate question today, but who would have thought you could ask it before the Internet revolution of the late 20th century. One of the pioneers of this revolution is the company I'm going to talk about today: eBay. Since its creation in the mid-1990s, the firm has dramatically changed the way we shop and democratized the concept of auctions. But does that mean it's still worth investing in eBay? Let's take a closer look.

If you had invested 1,000 euros in eBay at the beginning of 2012, you would have made a pretty good profit. By mid-December 2021, it would be worth around 5,200 euros, an increase of around 420%. Although this is a strong performance, eBay hasn’t done better than the technology reference index, the Nasdaq, over the same period as the index rose more than 460% since January 2012.

However, if you zoom in on the timeline, eBay's price performance is only slightly better than that of the Nasdaq. Since the beginning of the year, eBay's share price has risen by almost 30% compared to 24% for the tech benchmark. On top of that, one of the main characteristics of eBay's price evolution throughout the past year is its extreme volatility, as it reached an increase of almost 60% at the end of October compared to the beginning of the year, before plunging in the last few months.

Of course, the amounts you could have earned by investing in eBay over time would be considerably higher with dividends, but that's a rough estimate.

But, does eBay's recent stock market decline mean that the company is doing badly?

To learn more about eBay's financial health, let's dive into the company's accounts and its latest earnings report.

One of the first things to note when comparing eBay's Q3 2021 results with Q3 2020 is that while the company generated more revenue in Q3 2021 than it did a year earlier (from $2.25 billion to $2.5 billion), its net income (the money eBay earned after operating expenses and taxes) fell. It went from $664 million in Q3 2020 to $264 million a year later. The publication of eBay’s results at the end of October 2021 also corresponds with the beginning of the fall of the company's share price, which has lost nearly 15% since then. 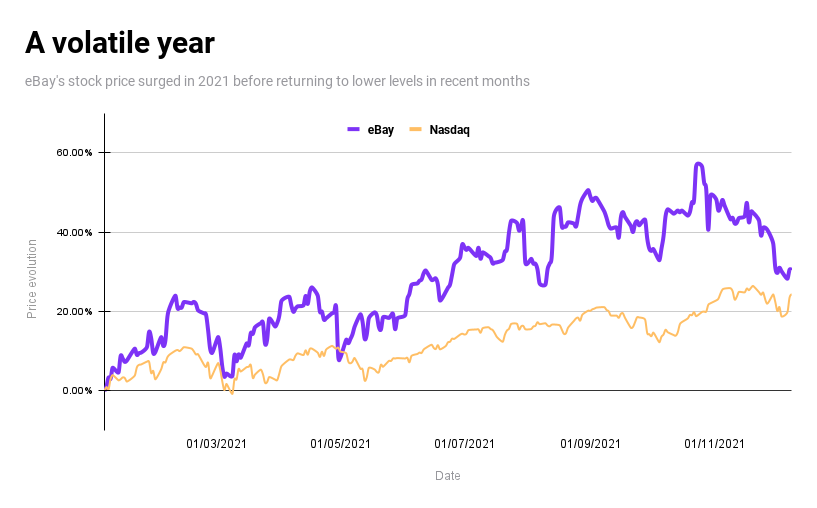 One of the causes of this discrepancy between rising revenues and falling profits is that eBay now has to spend more money to operate and is mainly spending it to develop new products.

While eBay was a simple auction site at the beginning, it is now a complete marketplace, which is facing competition from other giants such as Amazon or Aliexpress. The company must now find new ways to generate profits if it wants to continue to play a leading role in the e-commerce world.

What’s ahead for eBay?

What are the directions eBay is taking to stay among the world's top sales websites? Firstly, one of eBay's goals is to increase the number of its high-value buyers. Among other things, the company is moving into authenticating handbags worth more than $500 and is also focusing on satisfying some of its customers who are passionate about categories such as trading cards and collectible sneakers.

In addition, the company continues to make progress on its payment management initiative and seeks to better control the payment process on its platform. During the third quarter, eBay had more than 90% of its overall volume on the platform go through its payment management product offering, up from 71% during the second quarter. This is due in part to the end of its long-standing partnership with former ally Paypal.

One of the other areas that eBay wants to emphasize for its future is to achieve being an environmentally friendly company. The company has pledged to achieve carbon neutrality in its offices and data centers by the end of 2021, which would make it one of the first e-commerce firms to do so. While this stance is obviously commendable, it obviously does not take into account the carbon emissions generated by the deliveries of products purchased on the platform.

Financial analysts are now rather neutral about eBay's stock price performance. According to a compilation of analyses provided by Refinitiv, 65% of them give eBay a Hold rating and 36% recommend buying the stock. 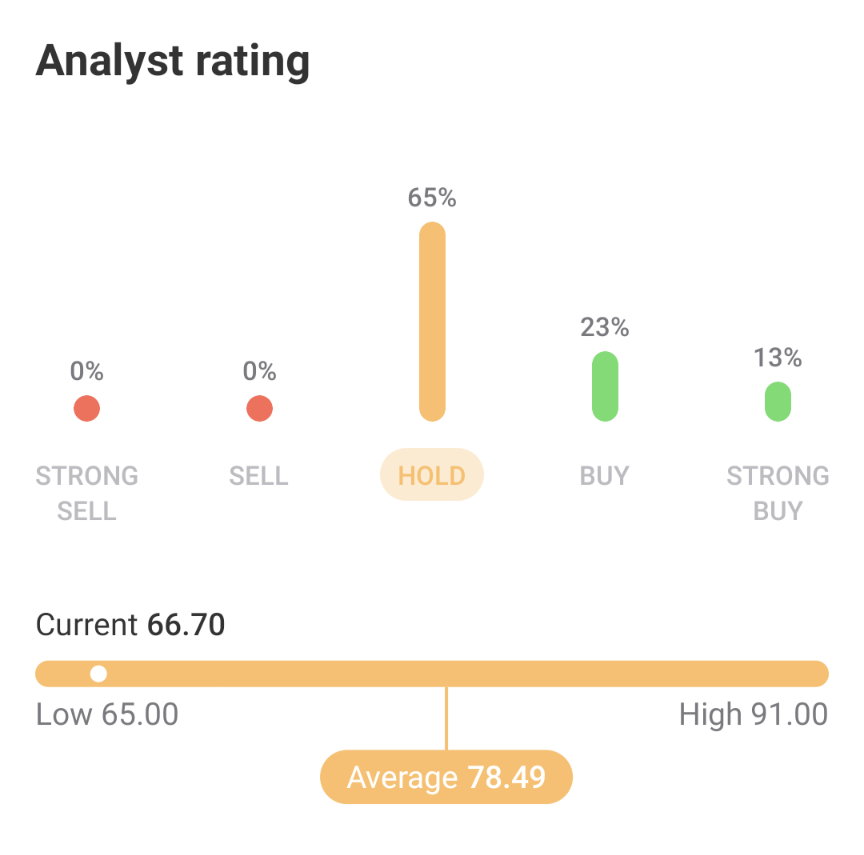 In the end, investing in eBay is all about whether one of the pioneers of e-commerce can continue to play a leading role in the industry or whether it has already been overtaken by the other online giants.