The most expensive and controversial pieces of art ever sold 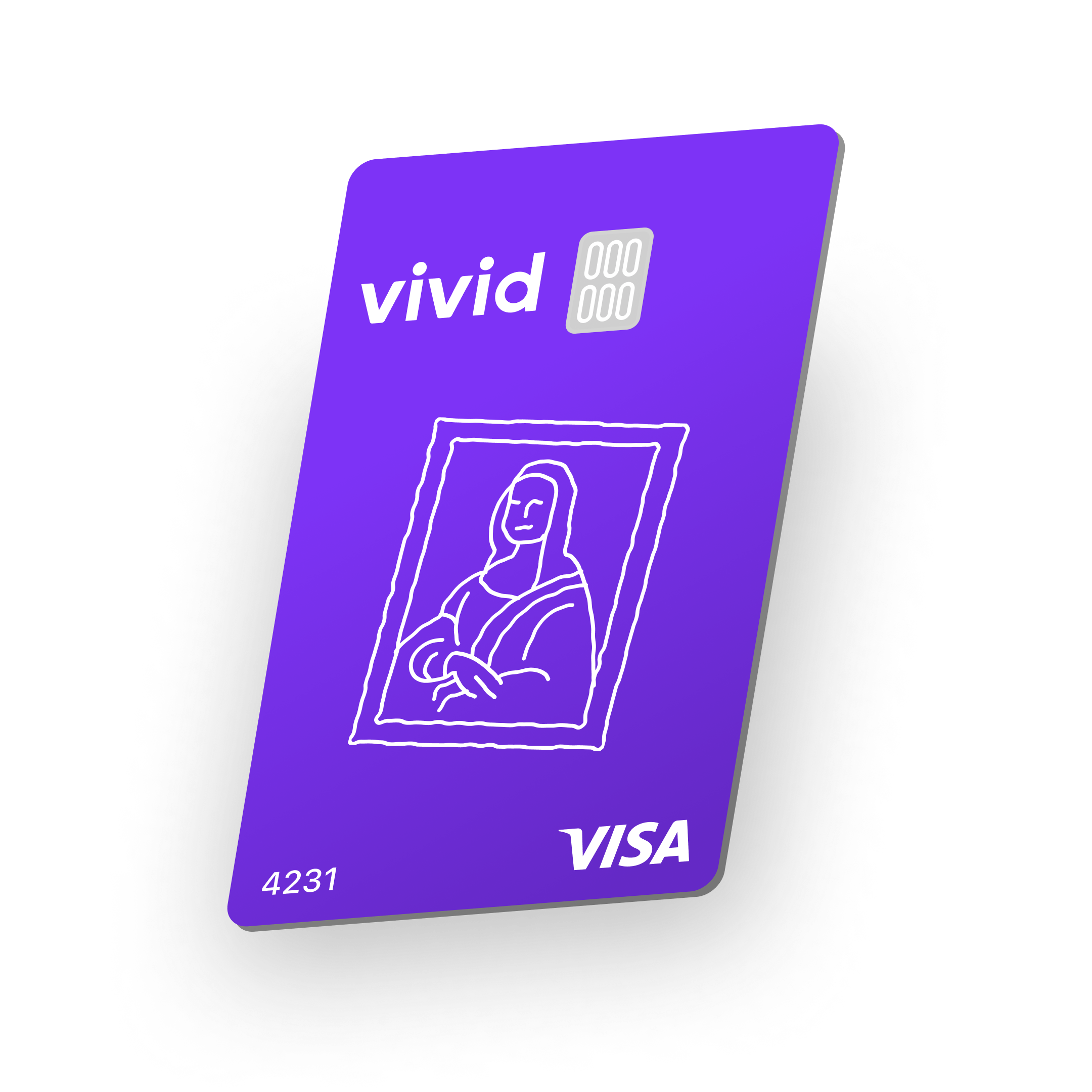 From time to time, you’ll read a news report about an incomprehensible piece of art auctioned for exorbitant sums of money. Most of us, poor mortals, who would never spend such money to decorate the living room, may think that we don’t fully understand today's art, or that there must be a trick behind it to launder capital or to get tax breaks. But as we have told you in previous posts, investing is not just about buying shares and crypto, you can also invest in bags and sneakers, in a house, in Pokemon cards, like Oliver, or in vinyls, like Pablo. And of course, you can invest in art.

Let's take a look at some of the most controversial and expensive works of art of the last decades. They are groundbreaking masterpieces that have changed the way we see and value art in the same way Vivid is doing in the world of banking and investment.

...And we'll reveal a surprise for you along the way!

Banana duct-taped to a fridge inspired by Maurizio Cattelan. We can’t share with you the original one, but it’s pretty similar.

That's it, a banana taped to a wall. You probably saw some of the hundreds of versions and memes made about it when it was auctioned for $120,000 in 2019. Some consider it on a par with Andy Warhol's Campbell’s Soup cans, an absurd and controversial piece.

The banana itself is a real and perishable fruit, and to maintain it the owners need to change it every two days. Is it absurd to pay that money for 10 cm of tape and a banana that needs more care than your plants? Maybe.

Emmanuel Perrotin, the gallerist who sold it, said Comedian is "a symbol of world commerce, a double entendre, as well as a classic device for humour". But Cattelan simply stated, "The banana is supposed to be a banana".

Remember that Banksy painting with a self-destructing device?

Girl With Balloon is a well-known work by British artist Banksy that is itself a version of one of his murals from 2002. When the hammer from Sotheby's auction house banged on the wood to confirm the sale of the work for $1.4 Million in 2018, it set in motion the mechanism that shredded the painting. The initial reaction was a shock, but Sotheby's later called it "the first work in history ever created during a live auction" and the buyer realised he had entered art history. Afterwards, Banksy, through his representatives Pest Control, renamed it "Love Is in the Bin".

Photo by Europe a la Carte

The artist Tracey Emin spent four whole days in bed in 1998 because she was heartbroken and depressed. She recalled that at one point she got out of bed and, when she returned, she realised that the utterly chaotic and filthy state of the space was a metaphor for her emotional state. That place full of clutter and filth was both horrible and beautiful because of the enormous load of meaning it gave off. She took the bed and everything around it and brought it to a gallery, like a time capsule that preserved the feeling of that moment.

Damien Hirst is another eccentric English artist among the richest in his profession. He became famous for making a series of works with animals preserved in formaldehyde, including a calf, a sheep and a cow. He is the author of a piece with one of the best titles I’ve ever heard: "The Physical Impossibility of Death in the Mind of Someone Living". What does it consist of? A tiger shark of more than 4 metres submerged in formaldehyde in a transparent glass case. What is the relationship between the title and the shark? Probably to make us reflect on death and what art is, but who knows?

His work with the highest price tag is For the Love of God, a platinum cast of a human skull he found in a London shop and encrusted with more than 8,000 diamonds. Hirst said it cost £14 million to make and put it up for sale for £50 million.

The details of this sale are quite mysterious. At first, Hirst's gallery said it had been sold for $100 million to an anonymous investment group, although he retained a share. Years later, in an interview, he clarified that the skull belongs to a consortium that includes the artist himself, and that he only sold a third of the piece to cover the production costs.

We could mention Marc Rothko's "Orange, Red, Yellow", the most expensive piece of contemporary art ever sold. It consists basically of what its title describes, three coloured spots on a canvas, and was sold forty-two years after the author's death for 86.9 million dollars.

But we think that the most valuable things in life aren’t sold at auction or paid for with money. What is truly invaluable is that you can express yourself in your everyday life. And we want you to explore your artistic skills with us. That's why we now offer the possibility to create your own artwork on a personalised Vivid card!

You can start by choosing the colour for your card that best represents you: blue, green, pink, purple or turquoise. Then you can create your own design. We have a gallery with dozens of icons to engrave on your card. But if you want a really unique image, you can draw it yourself.

You can let your imagination run wild, but there are certain images we don't accept because they go against our purpose at Vivid, for example, images or messages that promote hate, are subject to copyright, or contain sensitive personal information.

How long does this take? We’ll personally review your masterpiece, and this can take up to one working day. As soon as it is ready, you’ll receive a push notification with our response.

These new features will be available during the month of August.

Et voilà, your work of art is ready! A unique card that really reflects your personality to show off wherever you go.